Alan Schulman is Professor of Plant Biotechnology, Luke Natural Resources Institute Finland; Head of Research and Adjunct Professor, Institute of Biotechnology, University of Helsinki. He currently serves as the President of the European Plan Science Organisation (EPSO). His group identifies and applies genetics, genomics and cell biology to understand the processes of genome dynamics. The group also pursues the basis of drought resilience and other sustainability traits in barley and faba bean. Seed quality in faba bean is a major focus, with the view to faba bean improvement as a northern protein crop for food and feed. They play a central role in the faba bean and oat pan-genome projects, as they did earlier for the Brachypodium and barley reference genomes, and have contributed to five others. He holds an MSc, MPhil, and PhD in Cell and Developmental Biology (Yale University, PhD 1986) and BAs in Botany and in Art History (Duke University, 1979).

Dr. Gary Vallad’s research and extension program focuses on the diagnosing and managing diseases common to vegetable and ornamental production with an emphasis on the development and implementation of bio-based disease management strategies.
His research utilizes traditional and contemporary approaches to study pathogen biology, disease epidemiology, and plant-pathogen interactions.
Current projects are focused on the managing diseases caused by Alternaria spp., Corynespora cassiicola, Fusarium spp., Sclerotium rolfsii, Pseudomonas spp., and Xanthomonas spp. in vegetable and ornamental production as well as developing strategies to manage soil-borne pests and pathogens in raised-bed, plasticulture production systems.

Dr. Ana I. Caño-Delgado is a CSIC Investigator and coordinator of the Plant Signaling & Development Program at the Centre for Research in Agricultural Genomics (CRAG) in Barcelona. She did a PhD in Biology at John Innes Centre (UK) and was a HFSPO Postdoctoral Fellow at Salk Institute (US). She is internationally recognized for publishing numerous high-impact scientific journals, has received awards in science and entrepreneurship and is an elected EMBO Member since 2016. At CRAG, she leads the Brassinosteroid signaling group supported by an ERC CoG grant to engineering crops able to grow on severe drought. These achievements are the results of two decades of studies in plant steroids hormones, Brassinosteroids, in which she pioneers the study of signaling mechanisms with cell-specificity. Her team discovered that vascular steroid receptors confer resistance to drought without penalizing growth. In the context of a climate emergency, Caño-Delgado is currently translating her scientific results to crops to ensure food security. In addition, Caño-Delgado is an engaged science communicator chasing two specific goals: encouraging women in science leadership and acceptance of gene edition tools in agriculture.

Etienne Bucher is French and Swiss and holds a PhD in plant virology from the Wageningen University. After two post-docs at the Gregor Mendel Institute in Vienna and the University of Geneva, he started his own research group at the University of Basel. He later became a tenured group leader at INRAe in Angers, France where he led the international consortium to decode the genome and epigenome of apple. He then joined Agroscope in Switzerland to lead the genetic resources and wheat and soybean breeding programs. Since this year he’s leading the Crop Genome Dynamics Group at Agroscope with the aim to better understand how crops adapt to stresses at the genetic and epigenetic level and to apply this knowledge in the development of novel crop breeding methods. He is also co-founder and member of the board of epibreed AG, a crop breeding company..

Petra Jorasch is German and holds a PhD in plant molecular biology from the University of Hamburg in 1999. In 2000 she became IP Expert at GFPi Service Ltd., a company which supports the German breeding industry in questions of IP and technology transfer. Since 2014 she was Vice Secretary.
General of the German Plant Breeders’ Association (BDP). During her career she developed solid experience in biotech patent law and plant variety as well as in regulatory issues concerning modern plant breeding methods.
Petra joined Euroseeds in February 2017 as the spokesperson of the EU plant breeding sector on modern plant breeding methods and innovative technologies. Petra is also in charge of the Euroseeds Working Group Plant Breeding Innovation.

Emanuele Zannini studied Agricultural Science at the Universita’ Politecnica delle Marche. During his PhD, in Applied Biomolecular Science, he focused on selecting functional lactic acid bacteria as biopreservatives in food products, performing his work at the SAIFET (Italy) and DAFNS (Canada) Departments. Since November 2009 he has been working as a Senior Researcher at the School of Food and Nutritional Sciences, UCC. His research projects focus on medical nutritional therapy. He is particularly interested in fundamental and orientated research activities on food microbiology, food engineering, and food protein to formulate the next generation of food and beverage products to address consumers’ preference and dietary needs and complement the medical therapy requirements. Since 2020, he’s coordinating an EU H2020 project, “SMART PROTEIN,” focusing on investigating alternative protein sources to accelerate a sustainable food system transition.

Martin Greimel is head of the Centre for Bioeconomy at the University of Natural Resources and Life Science Vienna (BOKU). He represents BOKU at the European Bioeconomy University Alliance (EBU). He has been a civil servant at the Austrian Ministry for Sustainability and Tourism where he wasresponsible for international cooperation in the field of forestry research and member of a group that developed the Austrian Bioeconomy RTI Strategy.
He was coordinator, deputy coordinator and partner in several ERA-NET and other EU Framework Programme initiatives related to bioeconomy and forestry research.
From 2004 till 2006 he was a National Expert at the European Commission in the DG Research; Dir Biotechnology, Agriculture and Food Research.
He was Vice Chair of the COST Domain FPS and member of the Forest Technology Platform management group..

Born as millennial into the information age, Bernhard Kastner experienced many aspects of digital life as an IT specialist on both the developer and the consumer side of modern communication technologies. Curious about the inner and outer workings of physical reality he decided to explore and discover the many dimensions of eco-social perspectives on the world through the highly interdisciplinary study of landscape planning with a focus on regional development. This led not only to the realization that most Grand Challenges are human-made but also to the conviction that the solutions to those problems are something to be developed by society as well. With his work on integrative policy research and scientific knowledge management, he hopes to contribute to a holistic and sustainable bioeconomic development as a remedy to the contemporary conceptions of wealth and wellbeing.

Prof. Pedro Gómez-Romero (FRSC). CSIC Full Professor. NEO-Energy Group Leader (Novel Energy-Oriented Materials Lab) at ICN2, Barcelona, Spain.
PhD in Chemistry (with distinction) Georgetown University (USA) 1987. CSIC researcher at ICMAB from 1990 to 2007. Sabbatical year as a NATO Senior Research Fellow at the National Renewable Energy Laboratory (USA) in 1998-99. In 2007 he moved to CIN2, then ICN2 since 2013, as group leader of the Novel Energy-Oriented Materials (NEO-Energy) Group, heading up projects on materials and devices for energy storage and conversion, with emphasis on batteries, supercapacitors and hybrid devices. Author of more than 200 publications and 10 patents (> 15000 citations, H index 62), prof. Gomez-Romero has played a seminal role in developing energy storage research in the area of Barcelona (Spain) and pioneered the use of polyoxometalates as energy storing materials at an international level. Fellow of the Royal Society of Chemistry since 2014, CIDETEC Award for research on electrochemistry in 2017 (for work developed during 2013-16), cofounder of the spin-off Napptilus Battery Labs, prof. Gomez-Romero is very active in the social communication of science and has authored four award-wining popular science books, as well as two technical books (Functional Hybrid Materials, Wiley-VCH, 2004) (Metal Oxides in Supercapacitors, Elsevier, 2017).

Thomas Brück (*1972) obtained his B.Sc. in Chemistry, Biochemistry and Management Science from Keele University, Stoke on Trent, U.K.. Additionally, he holds an M.Sc. in Molecular Medicine from the same institution. In 2002, Thomas obtained his Ph.D. in Protein Biochemistry from Imperial College and Greenwich University, London, U.K.. From 2002-2006 Dr. Brück held an Assistance Professorship in Marine Proteomics and Biocatalysis at the Center of Excellence for Marine Biotechnology and Biomedicine at Florida Atlantic University (Boca Raton, U.S.A.), focusing on bioactive natural product biosynthesis in marine macroorganisms. In 2006 Thomas Brück returned to Germany and joined Süd-Chemie AG (now Clariant Produkte Deutschland GmbH), where he held various management positions in the central R&D unit Biotechnology. Since 2011 Thomas Brück is a tenured full Professor at the Technical University of Munich (TUM), Germany. He holds the Werner Siemens Chair of Synthetic Biotechnology, is Director of the TUM AlgaeTech Center and an elected member of the German National Council for Bioeconomy. The research activities of his Chair are focused around the isolation and development of sustainable biocatalytic processes, that enable conversion of greenhouse gases and biogenic residue streams into value adding products for the food, chemical and pharmaceutical industry sector.

Leoš Gál is the chairman of the Czech Biofuels Technology Platform. He is in charge of coordinating biomass production, chemical transfer to biofuel, sustainable criteria, energetic usage. He values the following as his main accomplishments – creating a Czech interactive Map for biomass potential; Regional Sustainable Energy Policy based on the Interactive Map of Sources; certified methodology for biomass availability in the Czech republic; decarbonization and carbon capture and utilization strategy; establishing a new expert organization called CO2 Czech Solution Group in 2021. 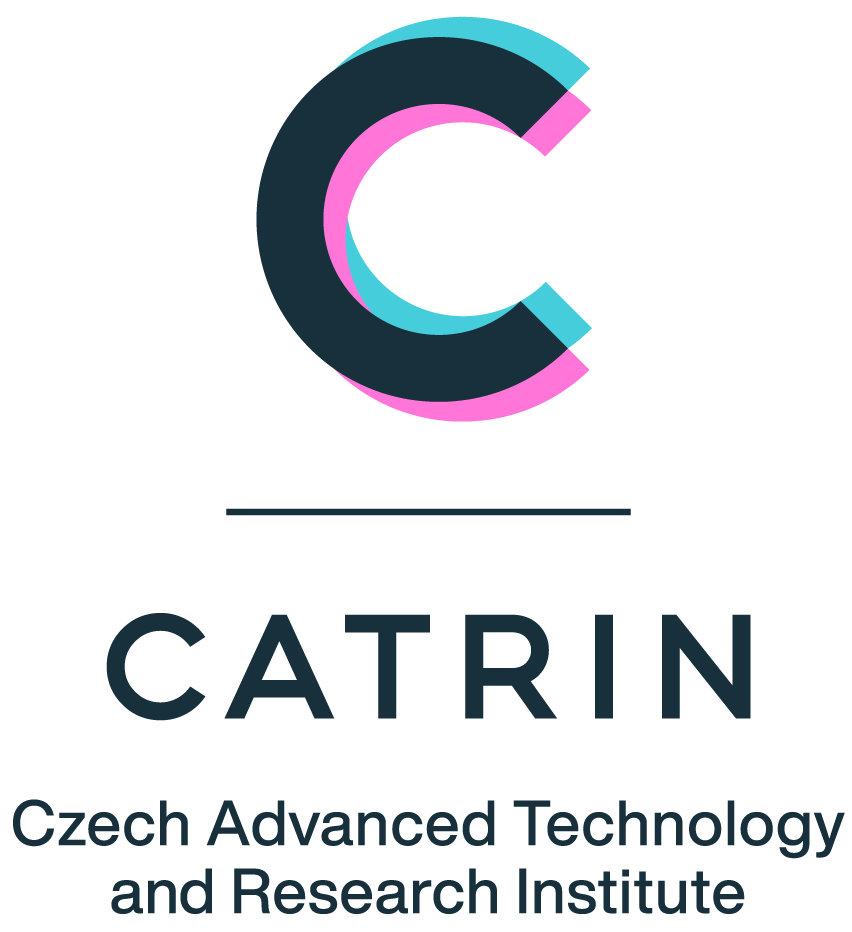