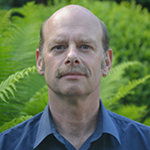 John van der Oost (1958) obtained his Ph.D. at the Free University (Amsterdam, 1989). After postdoc positions in Helsinki and Heidelberg, he returned to Amsterdam in 1992 with a KNAW fellowship. Since 1995, he is group leader of the Bacterial Genetics group in the Laboratory of Microbiology at Wageningen University. After obtaining an NWO-VICI grant, John was appointed Full Professor in 2005. The first ten years, his group focused on discovery of novel enzymes, pathways and regulatory systems, using integrated approaches of molecular genetics, biochemical and genomics. In addition, optimization of enzymes was performed by using laboratory evolution. From 2005 onwards, a new research line was initiated, addressing microbial host-virus interactions. Initially the focus was on the E. coli CRISPR-Cas system (NWO-VICI; 2005), later moving to prokaryotic variants of the Argonaute nuclease (ALW-TOP; 2010, CW-ECHO; 2013), and to a novel CRISPR nuclease Cpf1/Cas12a (CW-TOP; 2015). He has been coordinator of an EU project and a Marie Curie Research Training Network. Recently he participated as PI in establishing an NWO-Gravitation consortium on Building a Synthetic Cell (2017). He was elected as member of EMBO (2013), the Royal Netherlands Academy for Arts and Sciences (KNAW, 2017), the Royal Dutch Society for Science and Humanities (KHMW, 2019), and the Academia Europaea (2019). He is author of >300 peer-reviewed scientific papers (>29,500 citations), has an H-index >80, and is inventor of >25 patents. In 2018 he received the Spinoza prize (NWO), and in 2020 the Lennart Philipson Award (EMBL). 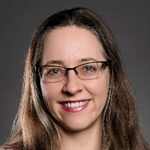 Claudia’s early research interests spanned plant physiology, abiotic stress and the metabolic regulation of volatile isoprenoids. Over the last decade, she has focussed on metabolic regulation of isoprenoids in plants and microbes, and on developing synthetic biology tools for rational re-engineering of microbial metabolism for production of isoprenoids. Isoprenoids are a large group of natural products with many biological functions and diverse industrial applications. Since 2017, Associate Professor Vickers has led the CSIRO SynBioFSP, a highly collaborative $60 M R&D program aimed at expanding Australia’s synthetic biology capability and ultimately developing a synthetic biology-based industry in the nation. She is also director of the CSIRO-UQ BioFoundry. She was founding President of Synthetic Biology Australia and served on the expert working groups for Australia’s national synthetic biology roadmap (delivered by the Australian Council of Learned Academies) and the Australian government NCRIS Synthetic Biology Infrastructure Investment Plan. She is a Food Standards Australia New Zealand (FSANZ) Fellow. Claudia serves on editorial boards for eight international journals, including her role as a handling editor for ACS Synthetic Biology and ASM mSystems. 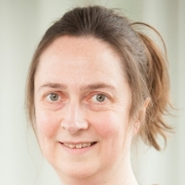 Marileen Dogterom was trained as a theoretical physicist. In 1997, she became project leader at FOM Institute AMOLF in Amsterdam, a physics and biophysics research institute, becoming head of department from 2003 to 2013. In 2000 she took up a professorship at Leiden University. She has been professor at TU Delft and Chair of the Department of Bionanoscience since 2014. She published in Science, Cell, and Nature and is notable for her research of the cell cytoskeleton. Dogterom currently leads a team that aims to build the first artificial cell. In 2018 she was awarded the prestigious Dutch Spinoza Prize, as acknowledgement of her outstanding contribution to the field of bionanoscience. 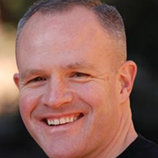 Jay Keasling is the Philomathia Professor of Alternative Energy at the University of California, Berkeley in the Departments of Bioengineering and Chemical and Biomolecular Engineering, senior faculty scientist at Lawrence Berkeley National Laboratory, and Chief Executive Officer of the Joint BioEnergy Institute (JBEI). Dr. Keasling’s research focuses on the metabolic engineering of microorganisms for degradation of environmental contaminants or for environmentally friendly synthesis of drugs, chemicals, and fuels. Keasling received a B.Sc. in Chemistry and Biology from the University of Nebraska and M.Sc. and Ph.D. in Chemical Engineering from the University of Michigan, and did post-doctoral research in biochemistry at Stanford University. He is a member of the National Academy of Engineering and the National Academy of Inventors. 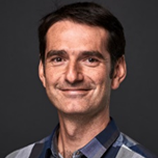 Ross is Technical Director at Twist Bioscience Europe. Before joining Twist, he completed his graduate studies at Warwick University, during which he also spent a year at the Sanger Institute taking part in the Human Genome Project. His post-graduate studies were at the National Institute for Medical Research where he focused on mouse developmental biology. Ross then moved back to the Sanger Institute as a Senior Staff Scientist where he led a project to produce a library of genome-wide knockout mutations in the Zebrafish using NGS, TALENs and CRISPR/Cas9 technologies, and built high throughput cloning pipelines based in these emerging technologies. Through his work with Twist, his interests now include synthetic biology, protein evolution, variant library production, and any other ways in which synthetic DNA can aid basic and medical research. 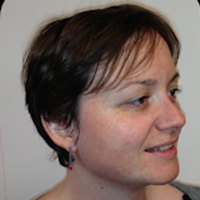 Marjan de Mey
Professor at the Department of Biotechnology of the Faculty of Bioscience Engineering, University of Ghent, Belgium.

Marjan De Mey obtained a Ph.D. in Bioscience Engineering at the University of Ghent. She was visiting researcher at TU Delft (The Netherlands) and MIT (USA) and since 2011 she holds a position as professor in Metabolic Engineering at the Faculty of Bioscience Engineering, where she leads the Metabolic Engineering group at the Centre for Synthetic Biology. Their research focuses on the development of novel tools and methods to fine tune metabolic pathways for the biosynthesis of chemically complex metabolites. These novel tools and technologies include several DNA parts libraries as well as efficient and rapid methods for constructing synthetic pathways, transferring them into prokaryotic or eukaryotic microbial systems, and screening them in a high-throughput manner. Marjan’s team applies these tools and methods to create custom designed microbes for the production of useful chemicals from renewable resources, in particular for the production of specialty carbohydrates and natural products. These molecules, or their direct precursors, have a myriad of high-added value applications in—among others—pharmaceuticals, food additives and cosmetics. 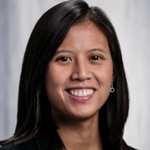 Christine Santos is the Chief Technology Officer of Manus Bio, a company that specializes in the production of complex natural ingredients through advanced fermentation. She has more than fifteen years of industrial experience in biotechnology, metabolic engineering, and synthetic biology, is an inventor on 9 issued and pending patents, and has published her work in several elite journals, including Science, Nature, and PNAS. Prior to joining Manus Bio, Christine served as an early Senior Scientist at Bio Architecture Lab where she led efforts in developing both bacterial and yeast platforms for macroalgae utilization and renewable chemical production. Christine obtained her B.Sc. and M.Sc. in Chemical Engineering from Stanford and her Ph.D. in Chemical Engineering from MIT. 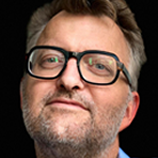 Bas Teusink was trained as a biochemist and obtained his Ph.D. in 1999 at the University of Amsterdam studying glycolytic pathways in yeast. In 2008, he became professor in Systems Biology at the Vrije Universiteit Amsterdam. The Systems Biology Laboratory he runs contains a mix of disciplines, from theoretical to experimental, from population-level fermentations to single-cell analyses. Experimental activities are combined with modeling and theory, from the development of data analysis methods, to detailed kinetic models, to open-source software and standard developments for genome-scale metabolic models for dissemination to the scientific community, not in the least to industrial partners. Prof. Teusink combines excellence in fundamental studies with applied research, as is evident from the Midterm Career Award he received in 2014 from the Lactic Acid Bacteria Industrial Platform for excellent research with industrial relevance. He also received a VICI personal grant from NWO in 2015. He is part of the editorial boards of Molecular Biotechnology, BMC Systems Biology, BioEssays, Current Opinion in Systems Biology and Cell Systems. Bas is currently Scientific Director of the Amsterdam Institute of Molecular and Life Sciences (AIMMS). 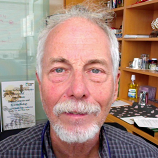 Boeke elucidated a major form of transposition, whereby elements move via reverse transcription of RNA, coining the term retrotransposition to describe it. He has innovated extensively in tech/dev and biotech. He leads an international team synthesizing the highly engineered yeast genome of the first synthetic eukaryote. He has led several large multicomponent NIH, DARPA and NSF awards. In 2014 he founded the Institute for Systems Genetics at NYU. Since 2017, he has led the “Dark Matter Project” with Matt Maurano and others, which uses Big DNA tech to unravel transcriptional logic; supported in part by an NHGRI CEGS grant. 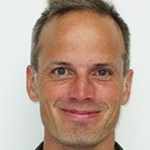 Michael Krogh Jensen obtained his Ph.D. in molecular biology from University of Copenhagen, Denmark, and conducted his post-doctoral research at University of Copenhagen, Max-Planck Institute in Cologne and Stanford University. Since 2013, he has led projects to improve the bandwidth of the design-build-test-learn cycle of cell factory development focusing on synthetic biology tool development. In particular, his research has focused on the engineering of small-molecule biosensors for diverse biotech applications, including, directed evolution, real-time monitoring of cellular metabolism, control of bioreactor population heterogeneity, and machine learning-guided optimization of cell factories. At its core, Michael’s research focuses on the discovery and application of general design principles for genetically-encoded circuits and refactored signaling pathways in living cells, and how synthetic intra- and intercellular signaling can be orchestrated with maximal orthogonality and minimal fitness-burden on cellular metabolism. Michael is also the Coordinator of the Horizon2020 funded consortium on refactoring plant alkaloid biosynthesis in microbial cell factories (MIAMi), and Co-founder of a development project leveraging synthetic biology tools for fermentation-based manufacturing of human therapies derived from plant natural products. 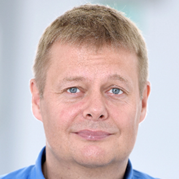 Sven Panke received his Ph.D. in 1999 from ETH Zurich, Switzerland, for his work on the production of fine chemicals with recombinant bacteria. After a two year-stay in the biocatalysis group of the pharma product group of the Dutch chemical company DSM (Geleen, The Netherlands), he returned to ETH in 2001 as an Assistant Professor for Bioprocess Engineering. After receiving tenure in 2007, he moved to the newly founded ETH Department of Biosystems Science and Engineering in Basel. His main research topics include integrated reaction-separation systems, high-throughput screening, and synthetic biology. His work was awarded with the ETH Medal and the DSM Research Award. 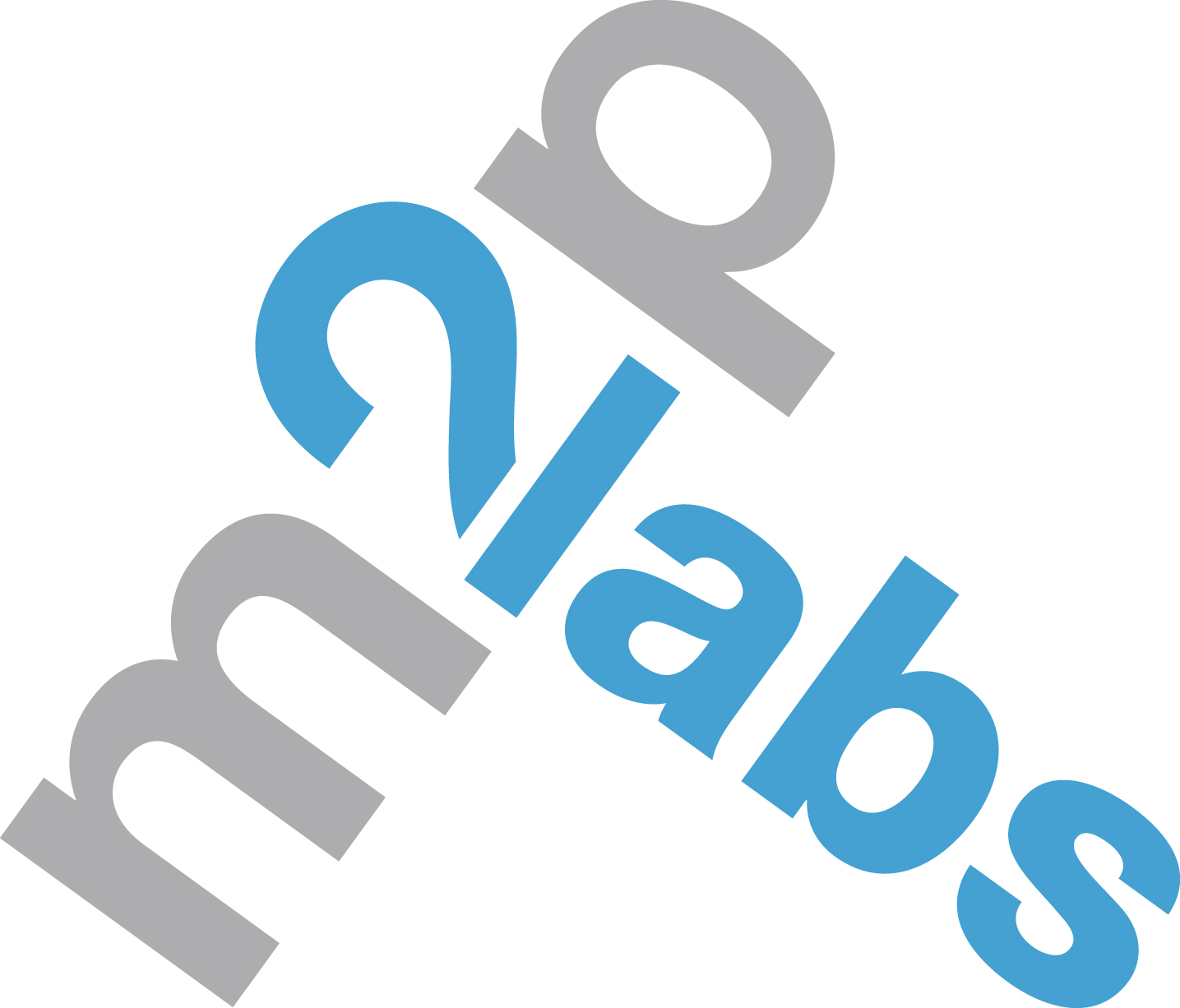 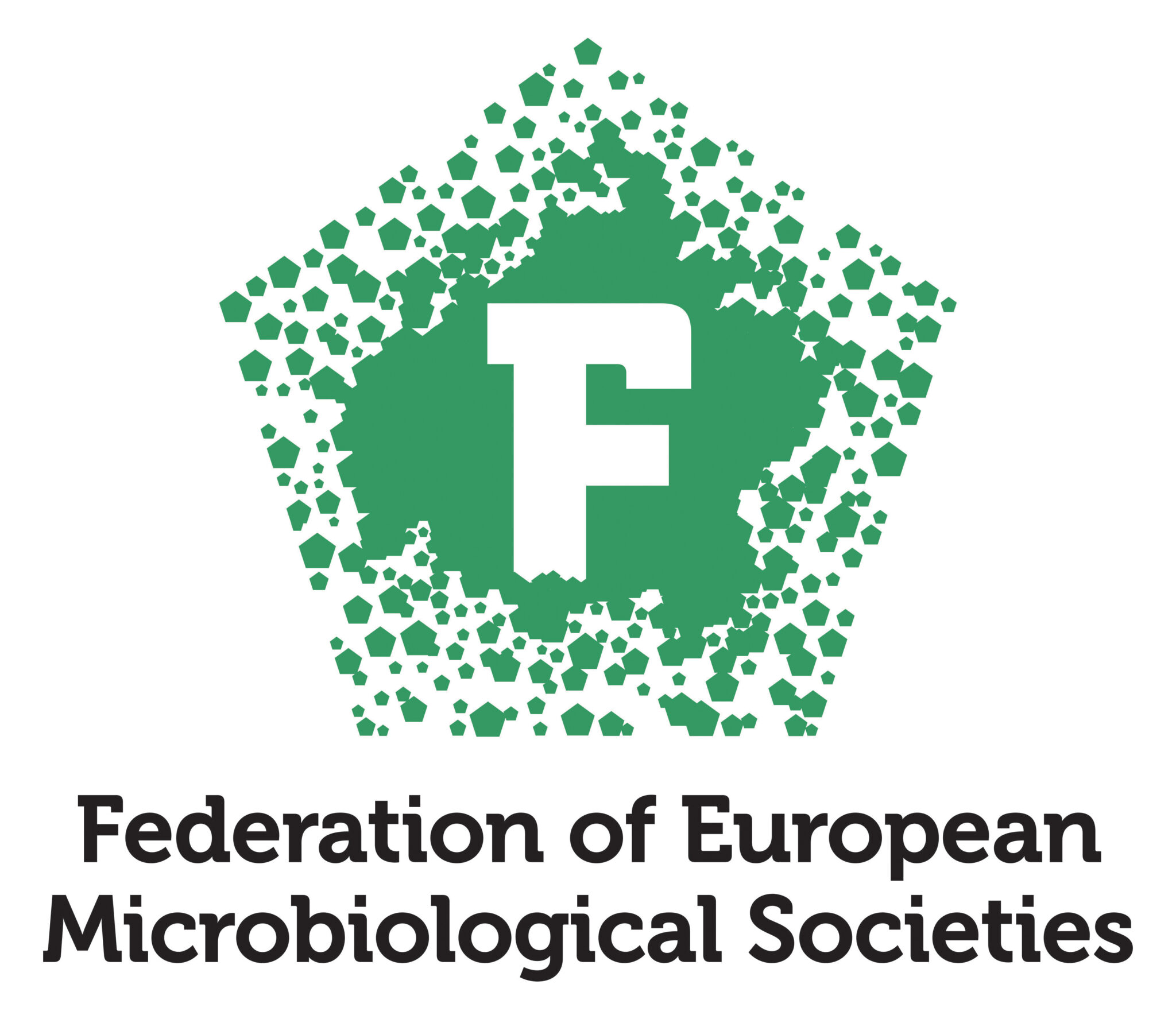 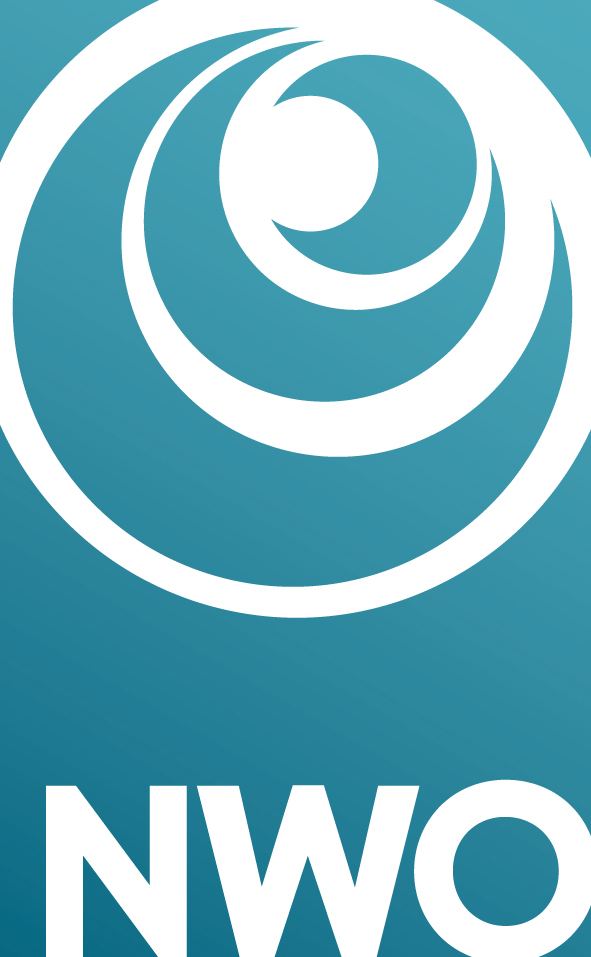